"From the day we chose Denise Price to represent our Beacon Hill home for sale until the day we closed, our experience exceeded our expectations."  - Read More

Sometimes we stage homes - we don't "Virtually Stage" them.  This is the difference between selling a home and not, especially in the unique floorplans throughout Beacon Hill and Boston.  Most of today's buyers need to see the space with appropriate scaled furniture.  Sometimes if the property is lived in, we help minimize pieces and discuss ways to make the property more neutral for buyers.

2. We consult on minor refreshes if necessary

Sometimes minimizing years of collecting is in store.  Sometimes the home is vacant.  We consult on refreshes - anything from window cleaning, minor painting to kitchen remodel.  We don't spend unnecessary money.  Every home isn't perfect.  Let's find the ways to make is show better.  In the example below, the kitchen isn't fully modern in the last 10 years.  We made it look better.
We also worked with the owner to help with paint selections to make the home show better in photographs.

Simply putting a home in MLS isn't sufficient for unique properties.  Today, we must work to market and find the buyers beyond a listing feed.  We prepare the home to market it with strategic updates, stunning photography and target marketing through both digital and analog methods.  If you don't appreciate historic homes, Beacon Hill probably isn't the best place for you to live.  We do as much detailed research we can on the history of the home.  Below you will find our digital synopsis, we also create a beautifully printed piece for interested parties.  The history of the home is sometimes what connects it to the buyer today.

​We are happy to consult on what would be the best marketing strategy for your home. 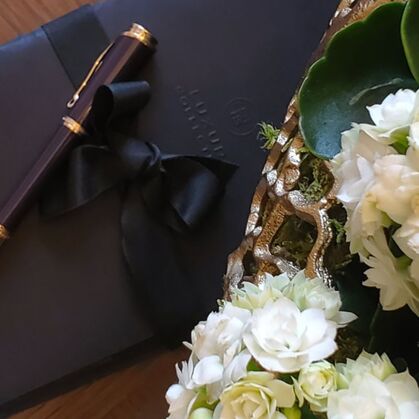 LIV Group listing package with all the home information including history and features.

Below you will find the original information page for 7 Willow

The quintessential private brick and iron gated courtyard welcomes you to enter this unique single-family home high up on the southern slope of Beacon Hill. Sitting atop Acorn Street-the Most Photographed Street in America-and just off Louisburg Square, you will find nearly 2,300 square feet and a roof deck with sweeping views of Boston and the Charles River.

Graceful marble foyer with a nod to Acorn Street, four fireplaces, built-in’s add character, and deep moldings add historic elegance to every room. All three bedrooms, three baths, and living areas are tastefully finished with neutral, classic styling and custom paired folding interior shutters adorn most of the Western-facing windows. Once part of the neighboring historic neoclassical townhome, 7 Willow was carved out to create a stunning and unique residence. The home has been updated and maintained year after year with great care to become the perfect city home that offers ease of living and city conveniences in every direction.
​

BUILDING HISTORY
The building was built 'circa 1890' (however, shown between 1852 and 1874 on the Maps) as part of the attached residence at 37 Chestnut.  In the 1970’s the property was reverted back to a single-family residence from being used for a number of years as a 3-family residence.  In 1980, the Claflin’s partitioned the building to create what is now 7 Willow St. and it was purchased by the Lindermans in 1981 and subsequently owned by the Milhender family.
​
In 1992, Marlaina Porsche (the Porsche family of Europe) purchased the home for their family’s use. It was purchased by the current family in 2015.

HISTORICAL RENOVATIONS AND IMPROVEMENTS
- as gathered from historical records and permits from Historic New England Archives and documents reviewed at 1010 Mass Ave.

To better understand how 7 Willow came to be, it is important to understand a bit of the attached, neighboring home that subdivided the property in 1980, 37 Chestnut Street.  7 Willow was carved out of the 'ell' of the building, built sometime between 1852 and 1874.  Formally a seperate residence was subdivided from the lot, placing seperate utilities into the section of the building during the 1980 division and renovation.

37 Chestnut Street is a good example of a refined 1820's Neoclassical town house design. A. McVoy McIntyre notes (see references) that number 37 "represents the best in architecture development of the preceding decades. The rich facade is so well composed that the total effect is understatement."  Possessing an L-shaped form, 37 Chestnut Street rises four and a half stories from a low, granite block basement to an elaborate wooden dentil work cornice that defines the edge of the side gable roof that is twice as deep as it is wide.

The front door of 37 Chestnut is set off by multi-pane sidelights and an elliptical fanlight.  The same fanlight detailing, door type and Fox door knocker are mirrored on 7 Willow Street. The full Willow Street facade rises from the sidewalk, and the granite foundation, 5 stories to culminate in a level section, that masks the gable end of 37 Chestnut, and that extends between two inside end chimneys, a style typical of the federal period.

The fenestration on the entire Willow Street facade are all 6/6 wood sash windows with white colored keystone lintels and white stone sills. The windows are all flanked by louvered wooden shutters. The first floor windows are covered with wrought-iron gills of the same pattern as those on the front of the 37 Chestnut building. The entire facade of red running bond brick presents an otherwise unadorned, planner surface.

The ell portion of the building, which now consists as a majority of 7 Willow, rises four stories from a granite foundation and is capped by a two foot high, white, wood balustrade. The ell forms a small courtyard on Willow Street which is enclosed by a matching 7' running bond brick wall capped by header bricks and a centered, two panel wood door. The courtyard is further subdivided by a wood wall that runs at right angles to the Willow Street wall just to the north of the door. This wall marks the north end of 37 Chestnut Street and the beginning courtyard of 7 Willow. The remainder of the original ell was separated from the rest of 37 Chestnut Street in the early 1980s, and is now known as 7 Willow Street. The top of a federal doorway, with signature fanlight above it is visible above the wall.  The window at level 1 is covered by a wrought iron grill. All windows have splayed keystone lintels and are flanked by louvered wood shutters.

The courtyard brick wall of 7 Willow is broken by an intentional dip to accommodate for the large tree that is the only one that lines Willow Street.  This tree is property of and maintained by 7 Willow.  As you can imagine, keeping the health and stability of the tree is critical to the look of the courtyard, as well as Beacon Hill residents and passer-by's.

37 Chestnut Street was built in 1824 on land that had been part of the Benjamin Joy estate. Purchased from the Mount Vernon Proprietors during the early 1800's by Benjamin Joy, a diplomat, merchant, and brother of early Beacon Hill resident and apothecary Dr. John Joy, the parcel ran westward from 29A to 37 Chestnut Street, turned northward at Willow, extended to Mount Vernon Street, and then turned eastward at Mount Vernon Street, extending as far as 72 Mount Vernon. Joy's property line then jogged southward and returned to the beginning. Joy's own house was apparently originally located at number 33, while adjacent town houses were built at 29A and 31 Chestnut Street around 1800.

By c. 1870, number 37 was the home of lndia Wharf merchant Philo S. Shelton, Jr. Formerly in residence at 5 Pemberton Square, Shelton's move to Chestnut Street was evidently influenced by the transformation of Pemberton Square from quiet, Louisburg Square-like enclave to a more commercial area adjacent to Scollay Square. Shelton prospered in the Brazilian, European, and West Indies trades. His son, Eugene Edward Shelton, was a member of the staff of General George L. Andrews in New Orleans during the Civil War (1863-1864). The house remained under Shelton's control until the 1890's. During the early 1900s and 1910s, a Harriet L. Odin owned this property.

By 1922 number 37 was owned by a Naticia Bates. Owners in 1930 and 1940 included Mrs. Oric Bates and Robert Proctor, respectively. By the 1970s the building was being used as a three-family dwelling and was owned by R. Morton Calfin. He had the building reclassified as a one-family and divided the ell into a part that remained with 37 Chestnut Street, and a separate section that became 7 Willow Street. By 1995 John and Marilyn Keane owned number 37.